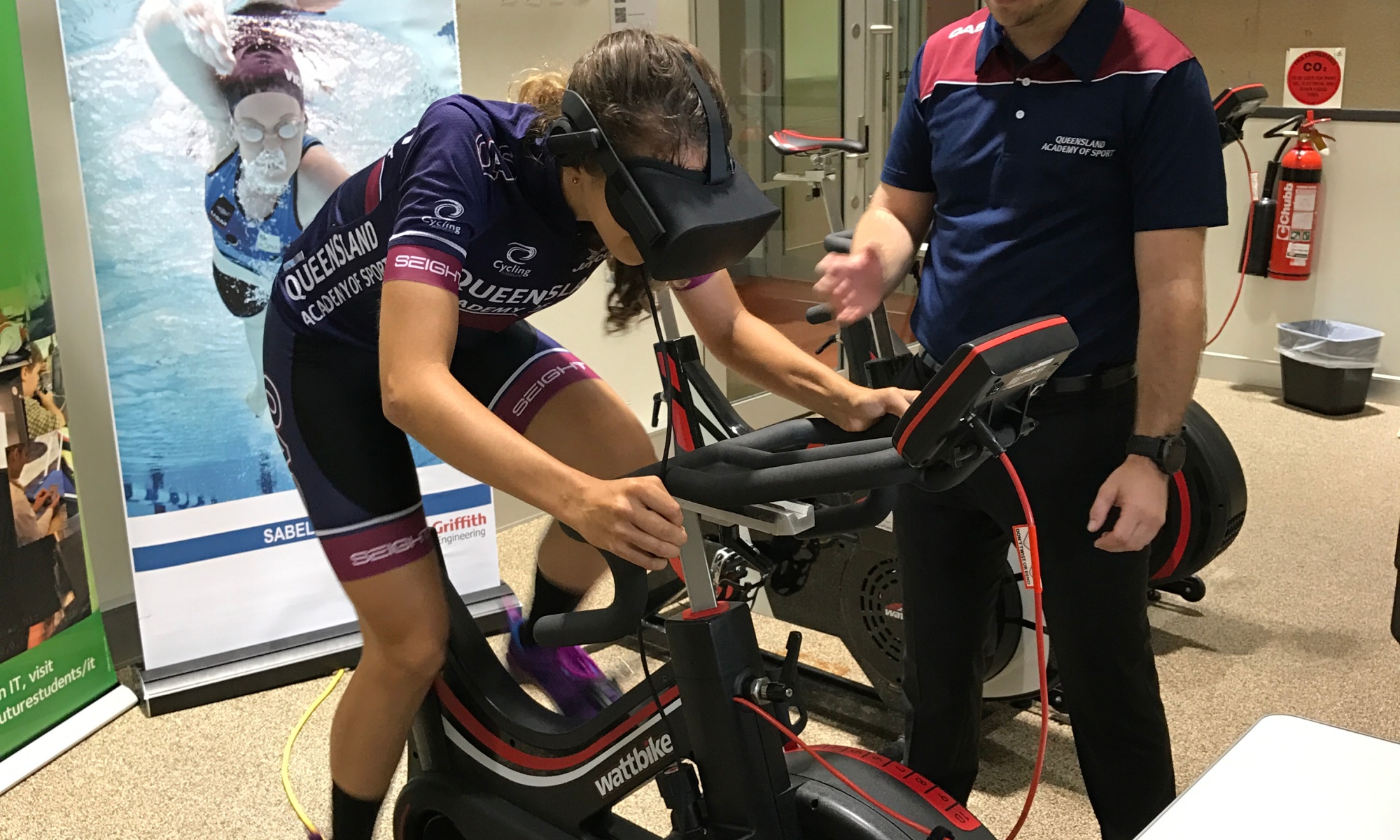 Yesterday I got out of SABEL Labs and jumped (literally) in front of the TV cameras – filming for an upcoming segment on SCOPE TV. The segment was showing off our new Virtual Reality track cycling simulator, which we’ve made in conjunction with the Griffith University IDEA LAB.

The simulator is modelled off the new commonwealth games stadium called the Anna Meares stadium, which I got a sneak peek of a few weeks prior to the velodrome being opened. To simulate the track we took 360 footage, Handlebar video, as well as other data points including IMU and heart rate, and used this as reference footage to model the track.  If you want to see what this looks like I’ve just added the video, Here!

Currently, the very early version of the game lets you ride on a watt bike against a ghost modelled rival, which could be a preset time, or your personal best. 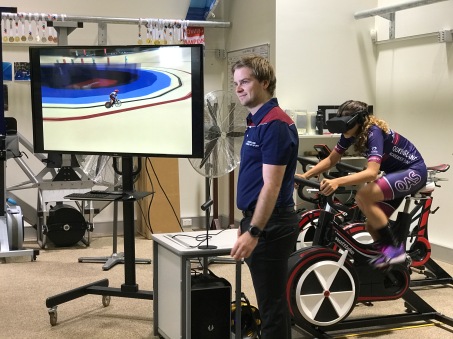 We are developing the simulator further to improve realism and give coaches and athletes a multitude of different feedback options that weren’t previously available. The Scope TV segment will be on Network 10, airing sometime in the new year (early February).